In the expansion of Scopely Games' hit title, fans can choose characters and ships from not just The Original Series, but the recent films and TV series' including Discovery and Picard.

Working closely with one of L.A.'s leading digital creative agencies, I scripted wide-ranging Social & Digital campaign featuring iconic stars from across the Star Trek TV and Film universe including Sonequa Martin-Green, Karl Urban and George Takei, and Lavar Burton. I also contributed content for the @StarTrekFleet Twitter, plus original character dialogue for the game itself.

Shields up! Kicking off the campaign, I wrote this Launch Trailer voiced by Sonequa Martin-Green, star of the CBS All-Access hit show Star Trek Discovery.

The expansion lets fans play characters from across the entire sci-fi franchise. We gave fans the first crossover between the movie and television worlds by Karl Urban and Sonequa Martin-Green together in a series of spots, which I played an integral part in developing and scripting.

While first series was a crossover between Star Trek movies and TV, our next one brought together Star Trek legends and real-life fans. I was part of the small, core team that developed and scripted this series in which the iconic actors who played Geordi, Data and Riker in Star Trek: The Next Generation team up against a rival gamer. Here's the first spot that dropped in June 2021, with more on the way...

Star Trek legend George Takei signed on to narrate, and I scripted a trailer capturing the edgy, comedic voice that's gained him 3.2M Twitter followers. Fans at it up, and our trailer racked up almost 1M views in the first few days.

Our trailer got the attention of a number of popular tech and culture websites, who gave a nod to the writing. 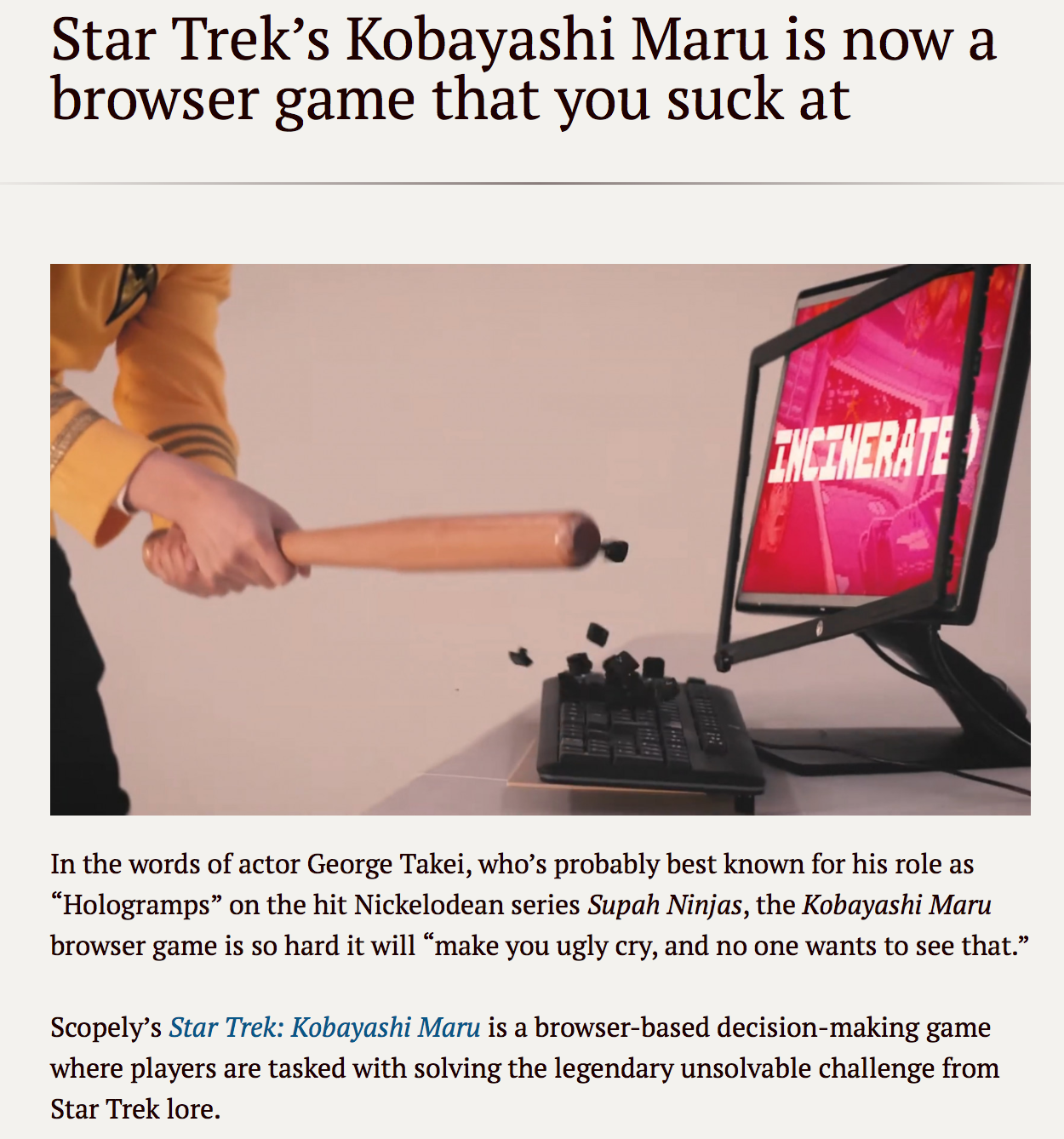 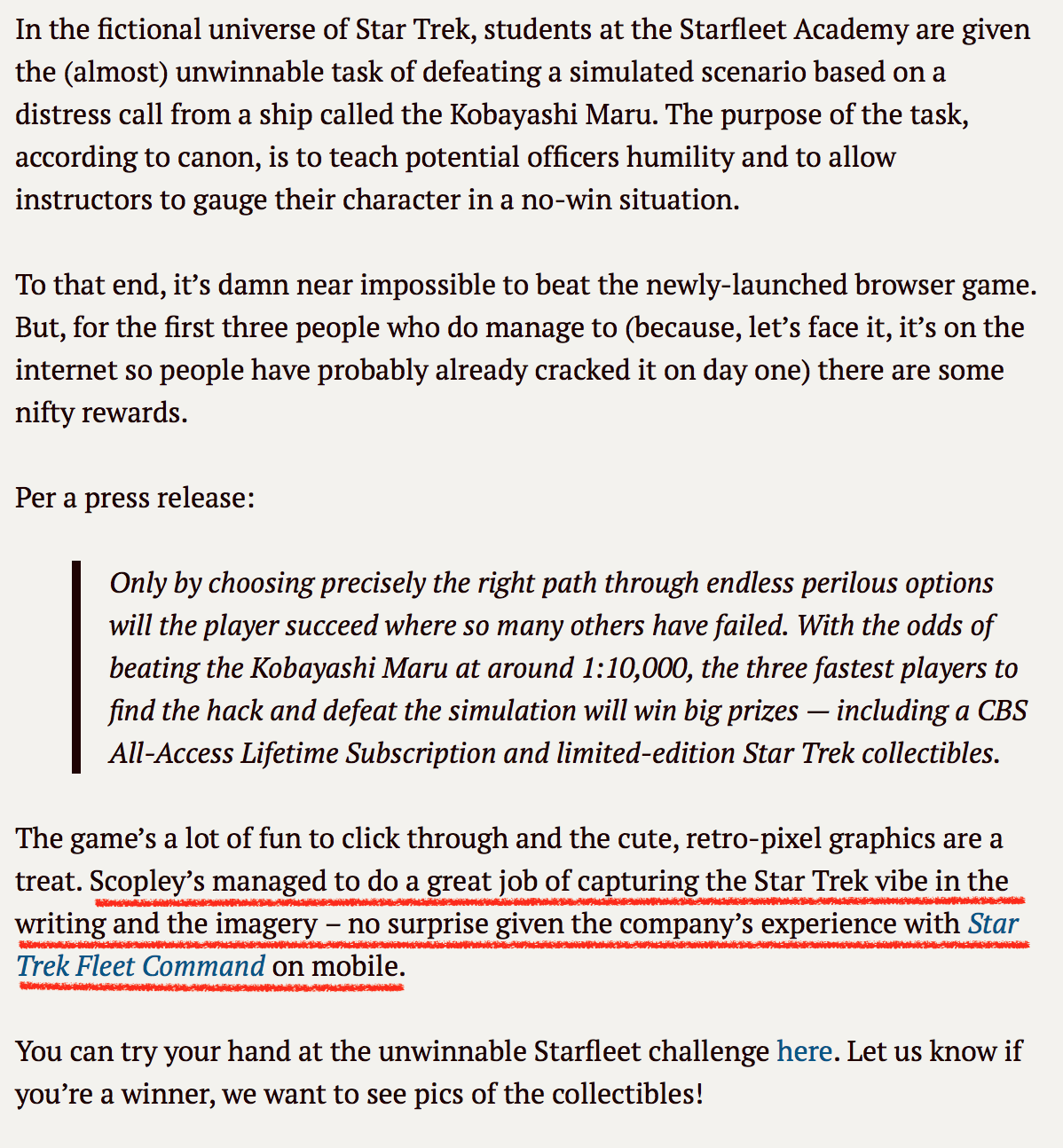 I scripted a series of Digital Spots for the @StarFleet account, showcasing the game-play while elevating the humor and surprise of all the different ways players can (and most likely will) die ugly. Fans ate it up.

You know that hard-fast rule of marketing: Don't Insult The Audience? We ejected that into space. As more and more fans started playing, I scripted daily posts for the official @StarTrekFleet Twitter, mocking their futility.